For people living around Scandinavia, fishing for sea running brown trout along the coast has become extremely popular the last 10 years or so. I started my coastal trout fishing as a kid around 1996-1997. Everything about it just captured my attention, the long open coast, challenging weather conditions and of course the bars of silver that we where chasing. Sea trout more or less eats everything from sea worms to herring, and they do love to feast on shrimp! There is a lot of different shrimp patterns, some better then others and some very difficult to tie. Like with all fly tying I try to make flies that are simple to tie and fishes good at the same time. With these two patterns I am showing you here, you are set for most conditions! The STF dubbing shrimp that I make is a variation of a fly I saw Morten Valeur tie 12-13 years ago. His fly is very similar but we make them a little bit different. But I loved the simplicity of his fly! The second one that has some hackle and fox hair in it is more or less a Wolly bugger with shrimp eyes on it. The way you tie it is very similar at least.

I personally tie them with relatively natural colors, like grey or light olive dun, but you can mix the colors as you please. Most of the times I do not put any extra weight to the fly because I want the shrimp to be able to hover when I pause my retrieve. I fish these flies slowly, followed 3-4 fast pulls and then a longer pause where the fly just hovers and then repeat. You can of course add weight to them and by adding weight on the top side the fly will sink with the hook pointing upwards. This will give you a great fly for tropical fishing for example bonefish. Most of the time size 6 is a good choice of hook as a standard, but you should also have a few smaller and larger ones as well.

Material for 10 Shrimp flies can be found HERE! 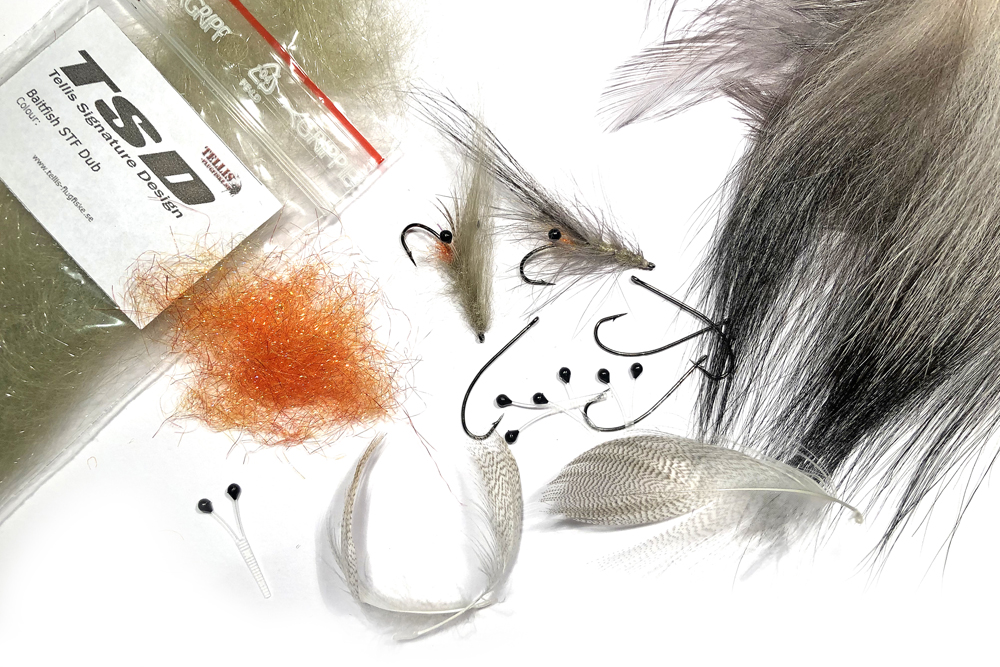 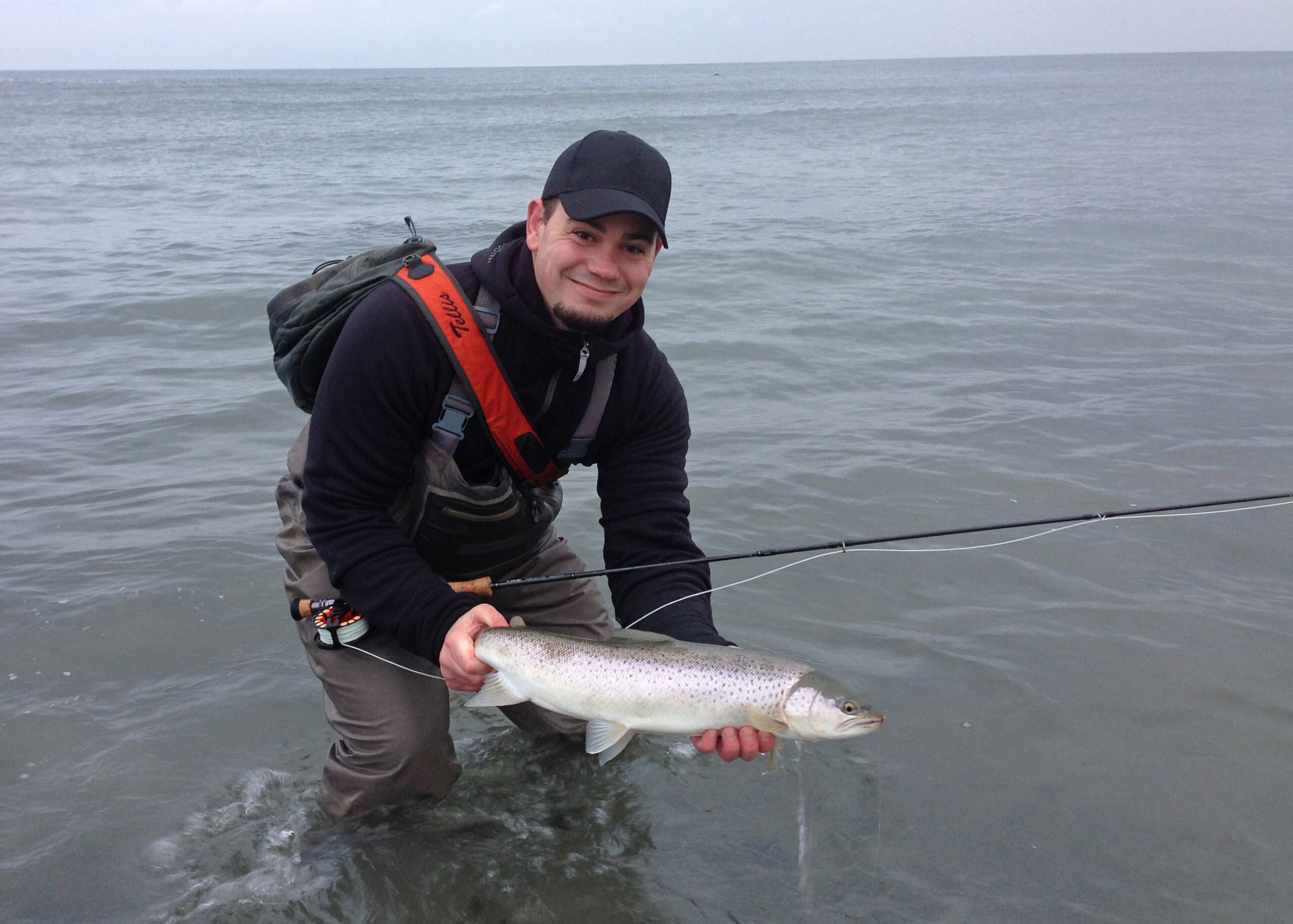 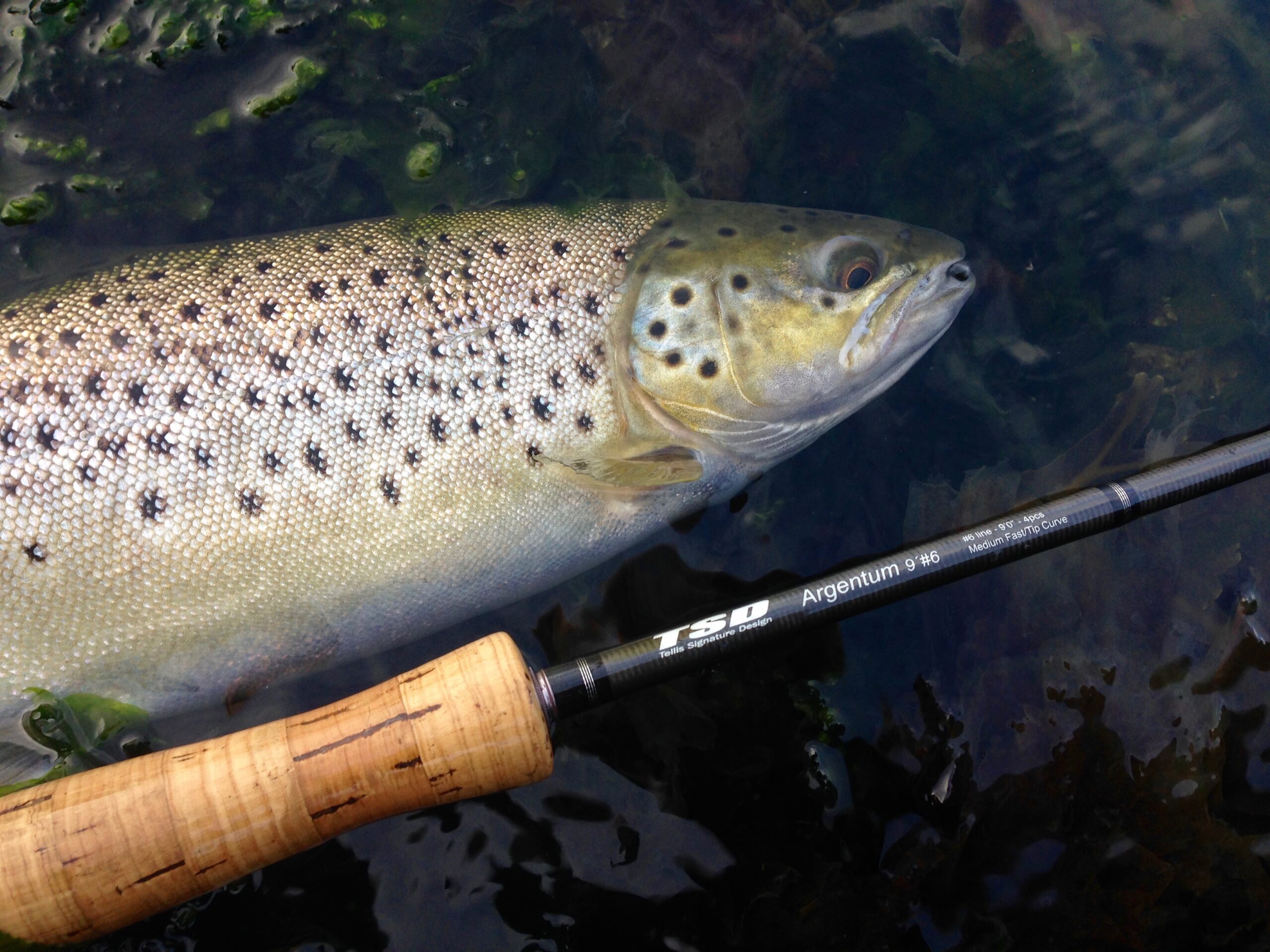