The Black & Orange color combination has always been a favorite of mine and it seems to work everywhere and almost all the time. I cant really remember how or when I was first introduced to this pattern, but as long as I remember it has been part of my fly box for many species. I have most often used it in murky water or waters with a nice peaty tone. It is in these rivers it really shines and according to a lot of anglers to be the best. I have also used this pattern in clearwater rivers for quite some time now with great results! I remember for example my first ever trip to river Driva in Norway. A beautiful river with clear and almost greenish tone water that flows through a valley surrounded by huge mountains. A river you normally choose something a fly with something green or blue but the Black and orange works great here as well. My first salmon I caught there was on just this and many more after that! I would also choose the Black and orange to be the my absolute favorite in river Orkla.

They are numerous variations of this pattern and just this one with cone head is the one I have used the most over the years. You can tie it “Monkey style”, on a hook or in any variation you want. The conehead balances the fly perfectly and will keep in nicely under the water surface. 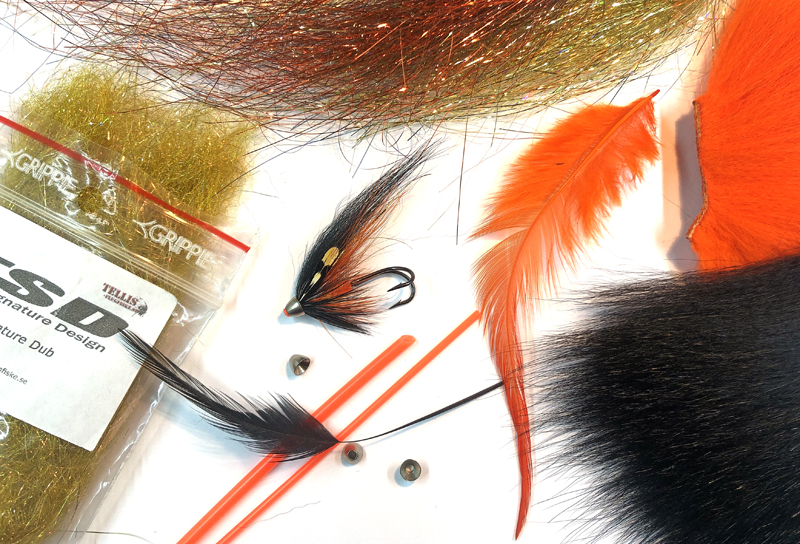 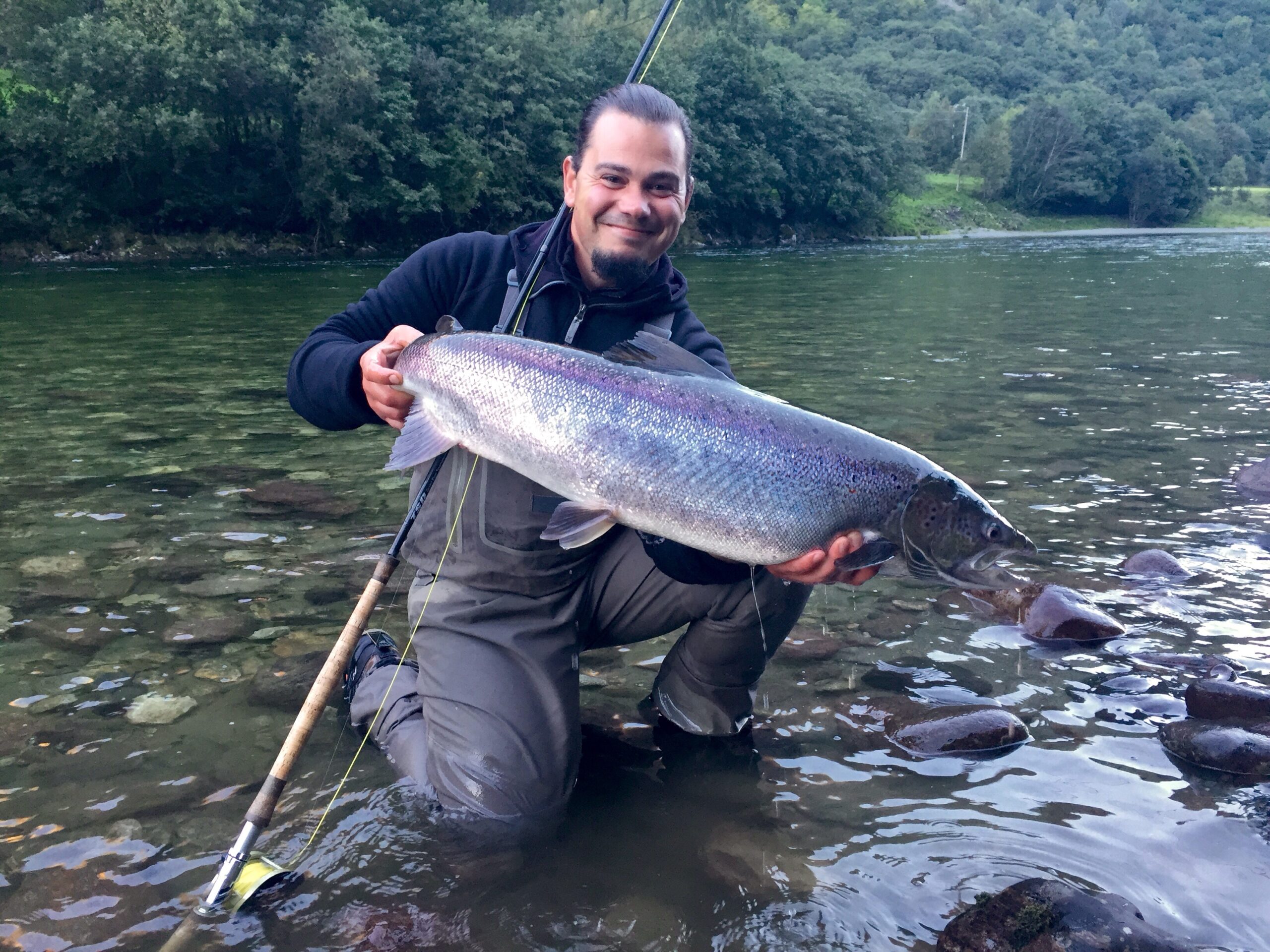